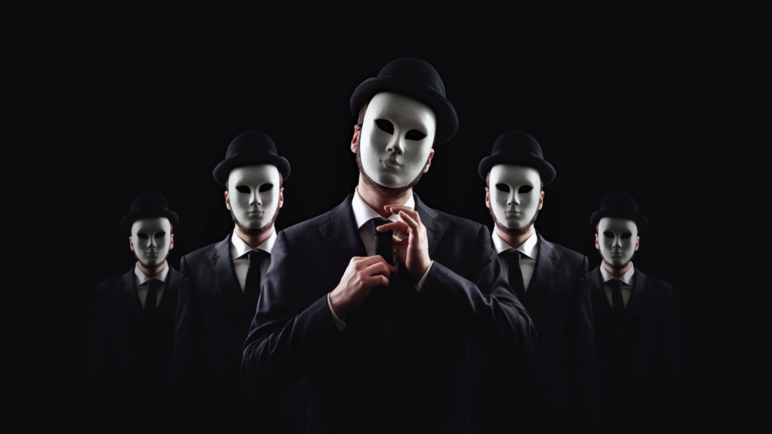 We are reposting here this important article by Ullrich Mies from the German-language Rubikon site, in the form of a “raw” translation via Alison Blunt and deepl.com

Since March 2020, the form of rule that has been systematically unfolding since the fall of the Berlin Wall in 1989/1990 has been fully in evidence: A transnationally operating oligarchic caste has taken over rule in the Western “democracies”.

In the course of recent decades, a transnational, well-connected caste has emerged, which no longer conducts its wars only outwardly, but has recognized civil societies as a whole as a threat to its power. Since March 2020, the centers of power have expanded their wars inwards in the name of the corona infection regime.

By transnational “elite” fascism I mean an alliance of transnational capitalist class, transnational power elite (2) with the transnational digital, military, intelligence, science and media complex and the governments as their executive committees. I refer to this conglomerate as the parasites of civil societies, which serve as their “host” bodies.

Their new means of rule is a health dictatorship based on infection regimes that can be activated at any time. Today Covid-19, tomorrow rhinoviruses, the day after tomorrow perhaps malaria or a “biological warfare” attack.

A propagandistic masterpiece unprecedented in the history of mankind

The never-ending “war on terror” has been extended by the “war on infection” since March 2020. This is directed against humanity as a whole.

The “great concern” of the centres of power for “public health” is a propagandistic masterpiece unprecedented in the history of mankind. It is a PSYOP prepared for years, a psychological warfare against civil societies.

After decades of mistakes by the ruling cliques, the legitimacy of Western politics was at zero by the end of 2019. And those who have ruined the planet, humanity, coexistence, inner and outer peace and all positive values of human history, should now be the great saviours of humanity?

How ahistorical, unsuspecting, naive and brainwashed by the media does one have to be to relieve the drivers of globalized catastrophe capitalism and the perpetrators of the disaster that has been wreaked of the great concern for the health of the people?

The “mass base” of the centers of power has long since ceased to be the followers of convinced people. Their new followers are the masses of manipulated, lied to and terrorized people in a state of fear and panic. The mass media stupefaction secures the fear-based entourage.

Jeffrey A. Tucker from the American Institute for Economic Research writes about this in his article “When will the Madness end?

““I’m a practicing psychiatrist who specializes in anxiety disorders, paranoid delusions, and irrational fear. I’ve been treating this in individuals as a specialist. It’s hard enough to contain these problems in normal times.

“What’s happening now is a spread of this serious medical condition to the whole population. It can happen with anything but here we see a primal fear of disease turning into mass panic. It seems almost deliberate. It is tragic. Once this starts, it could take years to repair the psychological damage”. (3)

From now on, the state of emergency can be declared a permanent state at any time

In addition, the mask compulsion is intended to practice obedience and subservience, to ensure the “cohesion” of the mask wearers and their submission to supposed authorities, as well as to outlaw the “mask enemies” as “non-solidary endangerers”.

Currently, the perpetrators are terrorizing our children in the schools by forcing them to wear masks. This is where the new subject is bred.

The means of domination of the centers of power is the “infection” state of emergency with the exclusion of civil rights.The Merkel clique and their entourage have cold-cleaned the Basic Law. From now on, the state of emergency can be declared a permanent state at any time.

Even “democracy” in its deficient form of party democracy has been suspended by the Covid state of emergency,and the separation of powers has largely collapsed.

Bill Gates and his scientific and political collaborators do not want us to ever return to the pre-Covid 19 state (4).

This is the end of the democracy project and the final takeover by the plutocracy, a silent coup d’état

Democracy as we knew it belongs to the past. Bernd Hamm wrote about this already in 2017: “The neoliberal ideology has helped to reduce state regulations & accumulate wealth at 1 percent. The rich are able to influence a considerable part of state legislation in their favour.

“They and their wealth are advised and protected in their services by hosts of parliamentarians, managers, accountants, lawyers, tax advisors, think tanks, radio stations, film studios, publishers, media, researchers, hacks, lobbyists, bodyguards and other lackeys.

“Private property is the golden calf of capitalism and unregulated capitalism is the bible of the ruling class. They can even mobilize police and military on their behalf. The nation state and its government remain important institutions, but above all, governments must keep the masses under control. This is the end of the democracy project and the final takeover by the plutocracy, a silent coup d’état” (5).

By contrast, transnational “elite” fascism is much more subtle and intelligent. As the German variant of transnational “elite” fascism, Merkel clique, the neoliberal party unit and media front, as well as the third-party prostituted science (6), try to push through their position and maintain their power by all means of propaganda, censorship, the dismantling of any opposition and the suppression of “deviators”.

The centers of power intend to enforce several lockdowns to achieve their goals. Ultimately, they aim to reset the world economy (7).

They want to “rebuild” the “old” globalized disaster capitalism that brought the planet to the brink of collapse. But the fundamental goal is to maintain the capitalist system under the newly created conditions of the 4th Industrial Revolution after the Great Reset.

The states are to be fully subjected to the control of the international financial industry.

Before the Corona crisis, Germany had national debts of around 2 trillion euros. It took Germany 75 years to accumulate these. It took the Merkel team 3 months to double this national debt.

Deutsche Bank wrote about the consequences of the Corona crisis on April 24, 2020: “According to our calculations, the German state can fall back on a staggering sum of up to 1.9 trillion euros, well over 50 percent of German GDP, through the anti-crisis packages that have been launched […]” (8).

Deutsche Welle wrote on 24 June 2020: “At least $15 trillion […] has already been earmarked by governments and central banks to fight the corona pandemic and its consequences. Including the debts… of companies and banks, the IIF (Institute of International Finance), the banking lobby association, comes to an unimaginable 250 trillion dollars” (9).

In June 2020 the World Bank offered Belarus a loan of 940 million US dollars on condition that the country agreed to a lockdown, i.e. the ruin of its economy (10).

The centres of power are striving to privatize the remaining state property under the control of the international financial industry through the total indebtedness of the states.

The total indebtedness of states is a means of enslaving humanity

Broke companies, which have been driven to the brink of insolvency by the Corona crisis, are then taken by the radical market governments under state control in order to force the taxpayer to bear the cost of their restructuring. The total indebtedness of states is a means of enslaving humanity (11).

In Europe, the EU is the decisive control center for the de-democratization of nation states. The ruling economic and political cliques do everything they can to maintain the faltering EU as their power project, to completely undermine the democratic institutions of the nation states and to further disempower the parliaments.

The 27 EU states have just agreed on a budget and financial package in the historic order of 1.8 trillion euros.

It is already certain that the money will primarily end up in banks to refinance old debts, as was the case with the earlier aid to Greece (12).

Democracy-free commissions, directorates, senates, stakeholder agreements and backroom committees of all kinds secure the totalitarian rule of the transnational oligarch caste. The nation state serves them solely as a surveillance and repressive state to keep the populations under control.

Global population reduction is an integral part of the great global economic reset. For the 4th industrial revolution billions of people are “superfluous” (13).

The “cleansing” of the world population will take place through the creeping destruction of small and medium- sized businesses and the worldwide supply chains with hundreds of millions of employees.

The part of the small and middle class that can be “exploited” by the international investment strategists is being squeezed out of self-employment and into the dependent low-wage sector, others are being subjected to digital and platform corporations and their exploitation strategies, and large parts are going under, as the domination strategists intended.

According to the International Labor Organization, the first lockdown has already left 1.6 billion people in the so-called informal sector unemployed, i.e. people without regular employment contracts.

The question is: “How many hundreds of millions of people will lose their lives through the economic destruction of existence?

All that matters is new gigantic business models for Big Pharma, Big Money and Big Government, which are staged with all means of propaganda and repression

The centres of power tread smilingly over millions of corpses. They have sufficiently proven this through their wars alone after 1989. The First and Second World Wars claimed more than 100 million lives.

If “only” 10 percent of the 1.6 billion died as a result of the targeted economic destruction of existence, this would mean 160 million people (14). But there will certainly be more!

Whether the centers of power and their figurehead Bill Gates also aim to reduce the world population through vaccination regimes is open to speculation (15).

Bill and Melinda Gates act as the great saviours of humanity through vaccination regimes (16). They are definitely not saviours of humanity! All that matters is new gigantic business models for Big Pharma, Big Money and Big Government, which are staged with all means of propaganda and repression.

“For Bill Gates, vaccines are a ‘strategic philanthropy’ that feeds his many vaccine businesses and gives him dictatorial control over global health policy” (17).

Goals of the 4th industrial revolution (18) are:

In summary, the transnational “elite” fascists are seeking a New World Order of dictatorial global governance.

After the great reset (24) the remaining world population will supposedly live in a new world. The centres of power are doing their utmost to ensure that after the transition to the 4th Industrial Revolution their New World Order will be irreversible.

Requirements for a new beginning…

Since the centers of power are rebuilding the world unrestrainedly, the resistance is allowed to think about how humanity, in particular in the western facade democracies, could find its way out of the current morass. Here are some thoughts on this:

A new generation of politicians must have proven themselves “in life”, must comply with ethical-moral principles, constitutional and legal compliance and must be accountable for this before assuming public office.

This would be an essential start.