Early on in the Covid crisis we noticed that something very strange was happening in the world of anarchism.

In our April 3 article ‘Anarchists and the Coronavirus‘, we warned: “Because they accept at face value the narrative around coronavirus being pumped out by the corporate media, too many anarchists end up reinforcing and amplifying the fearmongering message”.

Since then we have featured several articles addressing this issue (see here, here and here).

We have not yet conducted a second in-depth analysis of anarchist reactions to the health scare and the lockdown because, frankly, the material is too depressing to read!

But the UK anarchist scene’s response to what has been happening has surely reached rock bottom with the inane comment piece published by Freedom paper of London on May 27.

This article, by an academic called Jonathan Bigger, says that although “we” have until recently been “ideologically opposed to government”, the pandemic “is helping us see things in a different light”.

Unbelievable! In other words, the personnel of the UK’s best-known anarchist institution have apparently given up on anarchism!

It gets worse. While all across the country, people are waking up to the totalitarian horror of what is being imposed on them under the pretext of the virus, it seems that for Freedom’s writer the house-arrest fascist lockdown is not the issue at all.

The problem for him, as for any good state-worshipping control freak, is “the damage of incompetent government”.

And he claims, with evident pride: “It was anarchists who led the way in terms of wanting a lockdown and being prepared for it”.

Freedom have recent form for this sort of stupidity. Well before the start of the Covid crisis, on January 6, they roundly castigated and “muted” us on Twitter.

The Freedom representative (on this occasion “zb”) was not at all interested in our perfectly polite recommendation that they dip into our online climate capitalists library to find out more about the green capitalism scam.

Instead they tweeted: “Sorry but I have very little time for conspiracy theorists, and you have proven time after time that you are one. Will give you a mute now, can’t see why I should bother any further”.

In addition to the climate capitalist issue, there had been a brief and polite exchange about the lack of anarchist voices condemning US imperialist aggression against Iran.

It seemed incredible a few months ago that Freedom might object to us opposing capitalism and imperialism, but now these “anarchists” are also calling for a strong and competent state!

In all seriousness, Freedom should not only drop any pretence at being anarchist, but in order to avoid confusion, should also very quickly change its name to something more appropriate.

The abject failure of so much of the anarchist movement to stand up to actual real-life fascism, after all those years of anti-fascist politicking, has been traumatic for many of us who feel part of the tradition.

Because of the dearth of anarchist voices condemning dictatorship and defending freedom, we have been forced to spread the net wider than usual in a desperate search for common sense.

We have come to  greatly appreciate the video news bulletins put out by UK Column, for example, and the articles written by Peter Hitchens.

There is a growing sense that a realignment is taking place, in which the pro-lockdown anarcho-authoritarians are very much on the other side of the barricades to us. 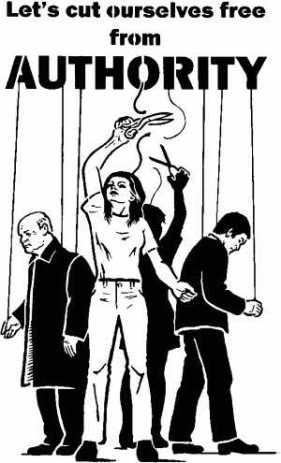 As OffGuardian tweeted: “The #CoronavirusLockdown has thrown into sharp relief that left vs right is no longer the dynamic. The only fight that really matters now is authoritarians vs anti-authoritarians”.

A welcome contribution to this debate has now come from our anarchist comrades at The South Essex Heckler.

In their May 29 article ‘The emerging political divide‘, they address the way that so many anarchists have apparently been duped by the state’s “psychological warfare, also known more colloquially as psyops”.

They add: “What is also going on is what seems to be a profound reformulation of political and social divides.

“The labels left and right are starting to become less relevant. What is starting to emerge in the ongoing confusion and chaos is a divide between those of us who value personal and collective autonomy at the grassroots on the one hand and on the other, those who look to the state to provide ‘solutions’ to problems, regardless of how totalitarian those ‘solutions’ may turn out to be.

“As old political definitions and divides become redundant while new ones emerge, we’ll find ourselves with some strange bedfellows. Some may end up as firm allies, some may eventually end up as opponents or enemies.

“The point is that we have to remain open minded and flexible during this ever evolving and often confusing situation. We’re not always going to get it right and yes, if we get through this, in a few years time we may well look back and ask ourselves why the heck did we align ourselves with these particular people?!

“To come to some kind of conclusion, given that our personal and collective autonomy is on the line, it’s better to remain open minded and willing to experiment with new alliances.

“A rigid adherence to a particular line, a refusal to countenance new alliances and condemnation of those of us who are open minded and willing to experiment will inadvertently usher in a techno totalitarian future”.

The issue of how far any of us can be open to “new alliances” is obviously a thorny one.

For instance, most anarchists have no problem in siding with oppressed sectors of the population who rise up against authority, whether in the USA, France or anywhere else.

Any reluctance is likely to be from these rebels themselves, suspicious of outside activists parachuting opportunistically into their struggles with little knowledge of the long-term problems they have been facing.

But there is an enormous taboo in anarchist circles about being seen to be anything less than violently hostile to anyone who could possibly be imagined to have anything to do with “the right”.

This issue has already been confronted in France, when anarchists and leftists found themselves on the same Gilets Jaunes protests as flag-waving patriots.

There was a mixture of reactions, ranging from physical fights to a mutual adaptation of political positions in the interests of a common front. 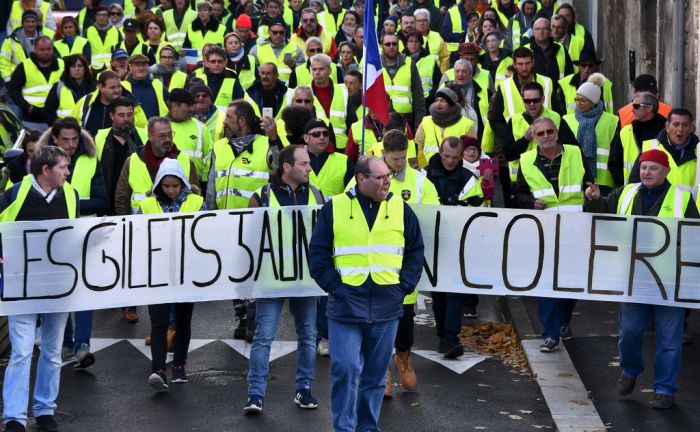 What seems to have emerged is a kind of “populist” anti-system consensus, which rejects Macron and his neoliberal world, detests the brutal police sent to attack their revolt, distrusts corporate media, despises the smug upper classes and strongly champions social justice, protection of the environment and participative democracy.

It is also worth noting that the Gilets Jaunes remain very popular among working-class French people, despite the non-stop venom that has been spat at them by the Establishment and its media since November 2018.

Could this sort of grassroots anti-authoritarian alliance emerge in the UK, in the face of the massive and unprecedented threat to our lives we are currently facing?

Can anarchist ideals provide the vital spirit to energise a massive uprising against the would-be techno-dictatorship?

In a topsy-turvey world where puffed-up self-professed anarchists turn out to be nothing of the sort, could it be that the actual anarchists out there are only now about to discover that this is what they really are? 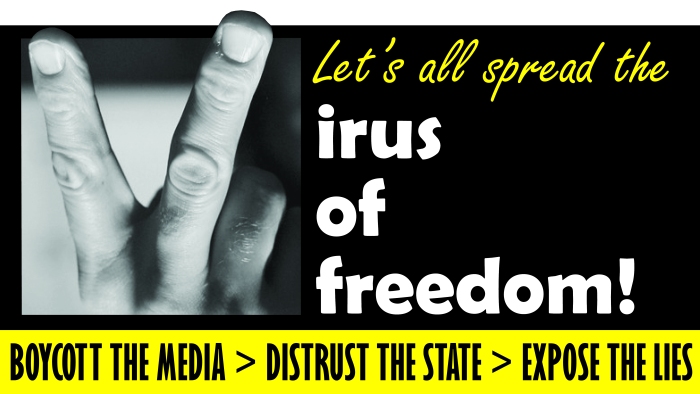 3 thoughts on “Uniting against the dictatorship!”