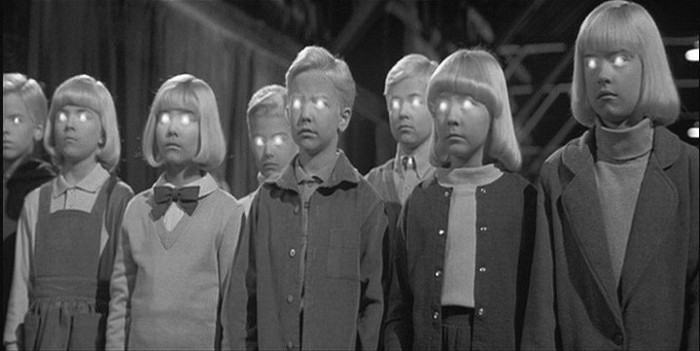 A number of rather strange criticisms have come flying my way over the last few weeks.

For the moment I am going to address just one of them – the one which strikes me as the most serious.

I had always been under the fond impression that freedom was an untouchable cornerstone of the anarchist worldview. The word certainly features a lot in anarchist literature and culture!

However, it turns out that sometimes freedom is not a good thing at all, according to certain comrades with whom I have been exchanging views.

Their issue was with the concept of individual freedom, which they even insisted on writing in inverted commas to make their distaste for the term quite clear.

The first objection that sprung into their minds was that individual freedom was part of the language of Donald Trump and gun-toting libertarians in the USA.

This meant, according to the usual fashionable anti-logic, that anyone who believed in individual freedom was therefore dangerously contaminated with the ideologies of the American capitalist right.

Putting this absurdity aside, there is a serious point lurking in there, in that it is true that individual freedom is cited by capitalists in defence of their world of exploitation and inequality.

There is also the issue of responsibility, in that anarchists do not expect individuals to pursue their freedom at the expense of others, but to feel their responsibility to the greater whole.

As one anarchist writer has put it: “Real freedom and real responsibility are so intertwined and interdependent in their meaning as to be almost inseparable”.

The fact that this anarchist was me (in my 2015 book Forms of Freedom) should hint strongly that I am not in fact advocating the me-first kind of freedom touted by capitalist libertarians.

But this is how it apparently seemed to my critics, purely because of my opposition to the global police-state lockdown of our basic freedoms imposed on the back of the coronavirus panic.

From their point of view, it was irrresponsible to complain about loss of individual freedom (sorry, “individual freedom”) when the greater good of the community, the need to protect ourselves and others from contagion, was at stake.

I disagree with this on two levels.

In the specific context of what is happening today, I do not accept that the virus is a threat that justifies the authoritarian clamp-down on our lives that has been rolled out, as I have already stated.

Therefore, the freedom of the individual is not trumped by an overriding social responsibility to accept what is basically a state of martial law.

Moreover, because the virus has been massively exaggerated as cover for a totalitarian-financial grab of power and wealth, the true social responsibility lies in the opposite direction.

From my point of view, the freedom of the individual to seek out a quiet life by just going along with all this, by keeping his or her head down, is overriden by the responsibility to speak out, to challenge the propaganda, to alert society to what is happening and to urge people to resist.

Obviously from my critics’ stance, this is not a valid argument, because they are starting from the assumption that the virus is as real and as deadly as we have been constantly told by the authorities and their media.

This, in itself, is deeply problematic. What happened to “question everything?” It is not possible to build a critique of oppression without being prepared to challenge the assumptions used to justify that oppression.

The anarchist argument about collective responsibility, when transplanted into the soil of deceit, grows upside-down.

The second level of my disagreement with these critics concerns their ideological interpretation of responsibility and freedom.

Here, I find that their thinking strays a very long way from the anarchist outlook.

I did, in fact, deal with all this in Forms of Freedom. It’s now available as a free pdf on the Winter Oak site (as are all my other books) and to understand my position in more depth, I recommend having a look.

This passage on responsibility is particularly relevant:

“Part of the confusion surrounding the term responsibility arises from the manner in which it is abused to suit certain purposes. It is often conflated with the notion of conformity or obedience not to the interests of the collectivity, but to an entity which is passing itself off as representing those interests”.

By this I meant the state, of course, as I went on to explain: the entity which tells people that their responsibility to obey orders overrules their individual freedom.

I pointed out in the book that this responsibility to obey the law is never imagined as emerging from an individual’s own judgement – hence the perceived irresponsibility of ‘taking the law into your own hands’ – but is seen as required in the interests of a collective good defined from above rather than below.

Whether that law is good or bad is irrelevant: “The important point is that the responsibility in question is seen as something that must be accepted regardless of one’s free conscience, rather than as the result of it”.

“An imposed responsibility can be invoked to demand obedience to arbitrary rules constructed for the selfish interests of a minority which maintains control of stolen wealth through the violence of authority in all its forms.

“A real responsibility could well lead individuals, or communities, to challenge those arbitrary rules and the phoney morality built up around them”.

Anyone who champions a duty of collective responsibility which involves suppressing individual freedom is not invoking real responsibilty, but the imposed kind.

Freedom and responsibility are two aspects of the same thing and so are the individual and the collectivity.

The collectivity needs individuals to be free, because without that freedom the social organism would be dead.

It is, in fact, to adopt a way of thinking shared by liberalism and fascism, which are not at all the opposites which they might appear, as this article explains.

Both these systems of control (the first more subtle than the second) are based on lies. They twist the truth, even reverse the meanings of words in order to impose their own agenda, as George Orwell so perfectly showed us in Nineteen Eighty-Four.

Liberalism and fascism both use a language which suggests the full participation of the population in the workings of society, which even appears to involve a kind of symbiosis like the one referred to above.

Liberals label this involvement “democracy” and have, until now at least, gone to great lengths to maintain this illusion, which is the principal justification for the legitimacy of their system.

But it’s just a sham, of course. It always has been. The game is rigged in so many ways and on so many levels.

Fascists don’t like the term “democracy” and prefer to talk about “the nation”, which is supposedly the incorporation of the collective interests of the people.

Sometimes they have even stolen the language of the social organism to give the impression that there is something natural about their system.

But the social organism, for fascists, can never be a living entity of free individuals acting according to their own consciences, as it is for anarchists.

Their imagined organism is more like a robot, under the total control of the fascist state.

The reality behind the liberals’ fake democracy and the fascists’ fake organism is one and the same – a ruling elite which only pretends to be acting in the interests of everyone.

A contempt for the “masses”, for the “mob”, for the “great unwashed”, the “Untermensch” is shared by both systems because they are elitist and authoritarian.

They are systems which impose the control of the ruling class over the people.

From the perspective of the ruling class, the idea that we could run our own lives and our own societies without their structures of control is a dangerous one.

That is why they talk fearfully about “descending into anarchy”. Their worst nightmare is that their slaves might break free.

This is why they often depict human nature as selfish, greedy and violent – thus needing the firm hand of the liberal/fascist state to keep it under control.

This is why they sometimes prefer to say that there is no such thing as human nature at all, thus rejecting the empowering anarchist idea that we are all born with the natural capacity or tendency to live co-operatively and more or less harmoniously.

It is a primary assumption of liberalism/fascism that we cannot be trusted to make our own decisions, that we are basically irresponsible and in need of control and “protection” from our wise and benevolent leaders.

To keep us safe. From each other.

So why is this living freedom sourced from the individual-collective symbiosis, not recognised by all anarchists today?

Why do they regurgitate the liberal/fascist lie that individual freedom and the collective good are incompatible?

The problem, for me, is that too many anarchists are today entirely trapped within what I called “the inherent thought-restriction of the dominant system”.

It sees human beings as programmable and malleable machines. Artificiality triumphs over authenticity. Any talk of social organism is seen as reactionary or borderline fascist (a typical inversion, as noted above – see also this article).

The notion of essence is dismissed out of hand, the idea of innateness can provoke panic attacks, meaning is regarded as meaningless, nature as reactionary, ethics as a construction, quality as an illusion.

There is no truth or reality. Two plus two can equal five if it suits the liedeology.

“Any way of thinking outside this ever-narrowing framework becomes impossible in a post-natural, post-human, post-authentic intellectual climate that effectively constitutes a complete paralysis of the collective human mind”, as I wrote.

Contemporary newthink is binary, one-dimensional. It does not understand multi-dimensional thinking and cannot embrace creative paradox.

It can only ever see individual freedom and collective responsibility as opposites.

It is incapable of even hearing, let alone understanding, oldthink arguments that soar above its empty and flattened-out dogmas.

In short, people are attaching the anarchist label, and a sort of shallow parody of anarchist ideology, to something which is not anarchism at all.

This pseudo-anarchist thinking has not grown from anarchist philosophy and therefore can never be anything but a replica anarchism, a zombie anarchism which appears to be the real thing but lacks the anarchist soul.

This fake anarchism is the sworn enemy of true anarchism. By stealing the body of anarchism, it banishes real anarchism from the world.

Whenever real anarchism does emerge, this zombie anarchism points an accusatory finger at it and declares it to be dangerous.

I have been going on about all this for years. Sometimes I have wondered if it is as important as all that, whether I could not just accept some philosophical differences with comrades in the interests of working and campaigning together.

But now that anarchists are getting angry with me for believing in freedom, I can see very clearly what was worrying me all along.

One thought on “Anarchists against freedom!”

A new in-depth article has been added to the orgrad website. Liberalism: the two-headed tyranny of wealth explores the way in which liberalism shares many of its ideological assumptions with fascism and how the two ideologies have gradually reconverged in the decades following the Second World War. “Whenever economic liberalism finds itself under threat from […]