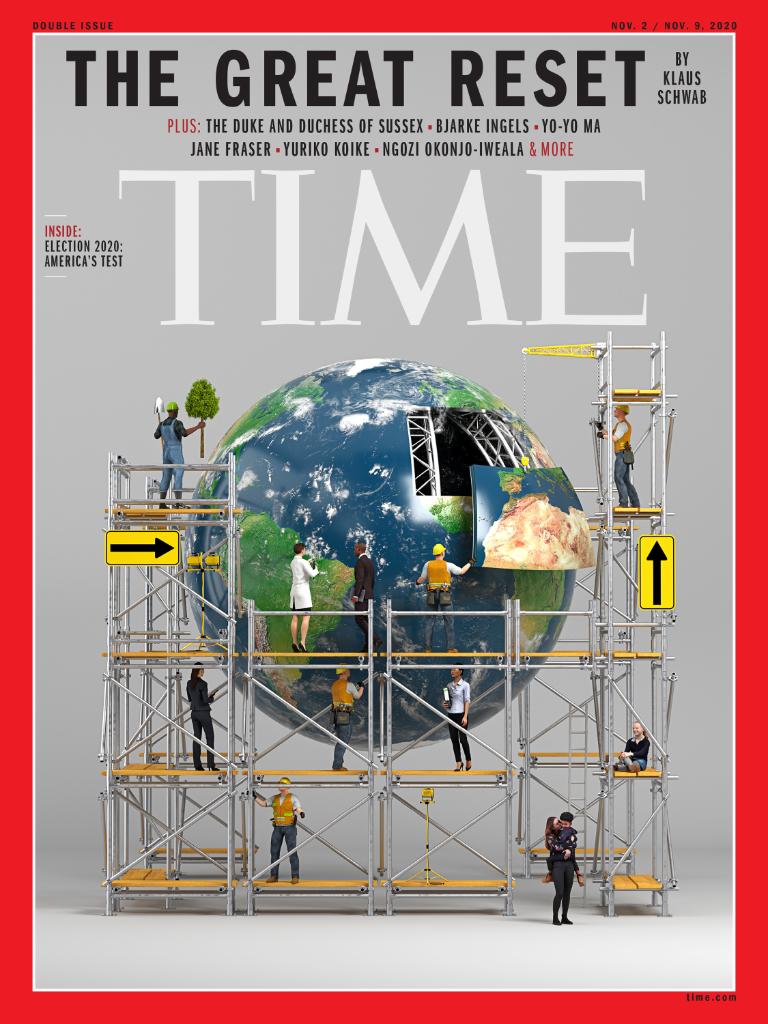 A hugely important exposé of the Great Reset, aka the Fourth Industrial Revolution, has been published by our fellow campaigner Cory Morningstar on the Wrong Kind of Green website.

The thinking behind the Great Reset can certainly be understood by reading and analysing the works of Klaus Schwab, as we did in October.

But here Cory takes a big step further by highlighting the sheer scale of this incredibly sinister and dangerous project, not just in terms of its warped ambition but in terms of those taking part.

More crucially still, she does not just hint at or speculate about this massive web of manipulative ill-doing, but proves that it exists through link after link, document after document.

This wealth of detail is the cornerstone of the article, even if it means it will be a challenging read for some.

Cory explores numerous aspects to this vast technocratic push for total global domination and control, such as:

She refers to a vast array of organisations and individuals associated with what can only be described as the Great Reset Conspiracy, including:

Cory explains that these players are trying to manufacture “social license” for their Great Reset by packaging it as a combined response to the climate/environmental crisis and to the Covid-19 “pandemic”.

It is here that the Great Reset/4IR conspirators are really scraping the barrel of the lowest possible type of human behaviour, displaying all the symptoms of what Cory calls a “depraved psychosis”.

In order to accelerate their destruction of our world with their toxic cult of greed, they are trying to pass themselves off as the planet’s saviours.

In order to push humanity into the high-tech cages they have prepared for us, they are using not just fear, but also a misplaced, hijacked, sense of social responsibility on the part of those who have swallowed their globally-orchestrated brainwashing propaganda about the need to “fight the virus”.

Cory writes: “Promises for a just transition, green deals, new deals, build back better schemes, are nothing but empty, hollow assurances, void of intent. These are the lies they tell. Promises and assertions that are nothing more than alibis.

“While ‘corona’ serves to distract a global populace, a virus Klaus Schwab describes as ‘mild’ in his book COVID-19 The Great Reset, one thing is clear – billionaires are the most dangerous virus of all”.

She identifies smart phones as a key weapon in the dictatorship’s technological armoury of repression.

“Anything ‘smart’ serves capital first and foremost. More than just abstaining, the solution has to be for everyone who owns a smartphone to trash it – never looking back… The truth is, if no one purchased smartphones, they would give them away in cereal boxes”.

“We are embarking on an inescapable and irreversible technological enslavement… This we know: the planet will not be saved by those that have destroyed it”.

And in one passage of particular wisdom, she challenges to the core the myth of “progress” which has been used to push us further and further away from natural happiness and deeper and deeper into an industrial capitalist hell.

“Humans have survived successfully for millennia without mobiles. All we require for our survival is healthy food, clean water, clean sanitation, and shelter. And as social animals, we seek physical community, companionship, joy, and love”.

Will we let the corporate control freaks steal all that from us for ever?

3 thoughts on “A vile corporate conspiracy: exposing the Great Reset”