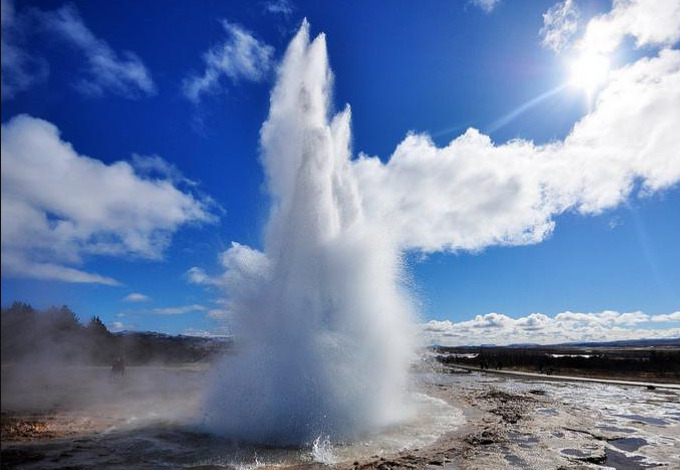 In my last article, I wrote about a dark “something” below the surface of the visible political world which controls our lives and corrupts our thinking.

However, there is another “something” which acts in the opposite direction and which is deeply feared by that malevolent energy.

It is the life-affirming energy which, again and again, is blocked by the toxic control complex – its momentum shunted, as we saw, into the dead ends of nationalism, statism or corporate deception.

It embraces our innate desire for self-determination, our unquenchable thirst for freedom and our eternal longing for an escape from this industrial nightmare so that we might rediscover our health and wisdom in the bosom of Mother Nature.

When these vital forces, so long suppressed, surge up together in our hearts and our minds, they can stir a powerful wave of revolt against oppression.

But for this revolt to succeed, a further element needs to be set free from the labyrinth of lies in which it, too, has long been imprisoned.

This element is our sense of the sacred, our connection with the Whole, our spirit.

Dominant culture has worked hard to stifle this dimension, not just by denying its existence through its one-dimensional modern materialist mindset, but by caging it within the rigid and lifeless structures and dogmas of power-serving religion and by diverting it into unwholesome cults or shallow pseudo-spiritualities which preach passivity and pose no threat to its rule.

As on the political level, these grotesque caricatures of authentic spirituality are used to discredit the real thing, to keep us chained in the cellars of servitude and unable to drink the knowledge that would set us free to soar.

The greatest heresy of all, the gnosis that must be kept hidden from us at all costs, is that each of us is a manifestation of the living cosmos.

The sacred is not “up there” and we do not need self-appointed intermediaries to make contact with it. It is within every living being.

If we clean the accumulated layers of our culture’s corruption from our hearts, we can allow the light to shine through us, as it was always meant to.

Once we shed all our personal fears and insecurities, once we know that our own individual existence is just one temporary manifestation of the Whole, once we realise that the Whole can only act in the physical realm through its parts, then we begin to understand who we really are.

Our being is part of a process. We are the means through which the universe forms and shapes itself. Our subjective consciousness is the form the Whole has to take in order to descend into the world, to be present and active within it.

We can have no fear of death, because we are the Whole and the Whole never dies. Our individual life is simply an action of the Whole and our duty, in this life-role, is to accomplish that action to the best of our ability and with head held high.

Millions upon millions of people will always have the potential to overcome the few thousands who channel the poisonous energy of the negative “something”.

Millions upon millions of us who have broken free from the maze of political deception to demand the return of our stolen land and our stolen freedom would be a mighty force indeed.

And millions upon millions of us, inspired and guided in that fight by the light of truth and unencumbered by the fear of death, would be simply unstoppable.

9 thoughts on “Unleashing the spirit of life”